If something happened to you and your spouse, who would look after your children? Who would provide for them, take them to school, go with them to doctor’s appointments, and make sure they grew up happy and healthy? You may have a family member in mind, but if you haven’t named a guardian in a will, there is a chance the court may select someone to care for your children that you don’t want caring for them. 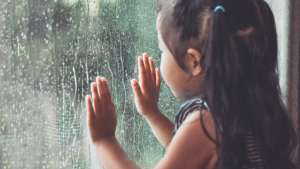 Adding a guardianship clause to your will gives instructions to the court as to who you want to care for your children in the event of your incapacitation or death. Without a will, a judge may select a relative who is unreliable or irresponsible, simply because the judge feels that individual is the most logical choice.

Take into consideration this example: Sarah P. was a single mother diagnosed with terminal lung cancer. She had a young daughter named Emily who was going to need someone to look after her after Sarah passed away. Sarah’s younger sister Rachel had been caring for Emily while Sarah was in the hospital. However, Sarah did not have a will in place, and after she passed, a judge gave Sarah’s estranged parents guardianship over Emily. Since they were Emily’s grandparents, the judge felt they were the most logical choice to care for Emily. Emily was taken from her aunt with whom she had a strong bond and given to grandparents she didn’t know. This could have been avoided had Sarah had a will in place with a guardianship clause that would have let her wishes be known to the court.

If you’d like to know more about guardianship, or get an estate plan in place, please give us a call at Entrusted Estate and Asset Protection, P.C at 248-781-8338.

Own a home or business?